Agony is a hellish game in more ways than one. Its graphic depiction of Hell is something to behold with violence, debauchery and blood seeping through every pore of its fleshy environments. But the journey through these disgustingly beautiful levels can become a special kind of Hell on its own while dealing with tedious mazes, clunky controls and frustrating bugs.

The premise of Agony is simple: you’ve been dropped into Hell and now it’s your job to claw your way back out. To do this you will require the help of the Red Goddess, the creator and ruler of this realm. Finding the Red Goddess means the player has to venture through walls of gnashing teeth, swim through oceans of blood and likely die at the hands of shadowy-spiders with human limbs for legs or buxom demon ladies.

At its heart Agony is a first-person exploration game tasking the player with finding the correct path to push the narrative forward. You walk at a painfully slow pace but can also run and jump, with running consuming stamina. Torches can help light your path and can also be used to attract and distract some enemies as well as burn certain objects. The most interesting mechanic comes in the form of possession; once you die your soul leaves your body and you can fly around for a brief period to find a new host known as a Martyr, which acts as another life when you die and can also allow you to cross vast chasms when in soul form.

Stealth sections make up one of three situations you may find yourself in, with the other two being mazes and finding or drawing sigils. During stealth scenarios you are also able to hold your breath to minimise the noise you make. Stealth can fluctuate between tense moments of holding your breath as you avoid a prowling demon and moments where that same demon doesn’t even seem to be present, allowing you to cruise right on by without any mishaps.

The mazes are slow and tedious with the player being tasked to find several items like hearts or skulls to unlock the next area. Often the mazes will be filled with enemies to avoid and alternate pathways that will teleport you from one area to another. These teleporting doorways often left me feeling confused and disoriented in a world that was already confusing enough. Maze sections can drag on for some time as you attempt to jump through random doorways in the hopes of getting where you need to go. If you’re not searching for hearts in a maze, then you are likely searching for a sigil you can draw to open a door that continues the critical path. Like the stealth sections, the sigil puzzles have their peaks and troughs with some feeling like a calculated search to find where the human statues are pointing and others feeling like a tedious game of trial and error.

Agony shines with its aesthetic design, ripping the human anatomy apart and putting it back together again to horrific effect. Arms flail in the wind like trees, giant fingers grasp to walls and tendons reach from the floor to the ceiling creating fleshy forests. There is also blood, a lot of blood. The visuals really sell you on being in Hell and in certain areas really push the boat out with their grotesqueness. The inhabitants of Hell are equally eerie whether they be human or demon. The humans, known as Martyrs, are frail and skinny looking humans that almost always have a sack covering their faces which you need to remove to allow them to be possessed. Words of pure madness spill from the mouths of these Martyrs as they beg to be killed by the Red Goddess so that they can “fill her up”, and what’s more disconcerting is the actions these prisoners of Hell take; I won’t go into detail but the things they do with babies is…disturbing.

Without a doubt Agony brings the ambience, creepy sounds overlay the horrifying visuals to create a sense that you truly are on a journey through the underworld. Unfortunately, throughout my playthrough I was plagued by several bugs that really took me out of the game and led me to become frustrated. From the opening cutscene my sound was out of sync which wasn’t a huge problem as it didn’t affect the gameplay experience, but other issues did. The biggest culprit for me was a bug where sounds would get stuck in a loop meaning everyone I spoke to would only get half way through their sentence before the sentence would restart. Originally, I thought it was simply madness setting in for the Martyrs, but the subtitles clearly showed what should’ve been said. Compounding this was a screen stutter that didn’t leave for at least the first half of the game. These issues genuinely had me wondering if the developers were intentionally trying to drive me mad, to fully immerse me in Hell, but that was not the case.

The narrative for the most part is what you would expect from a journey through Hell. Initially you are under the impression that you are playing as any old lost soul, but as you get closer to the Red Goddess your identity becomes a central plot point. Most of the lore is told through the notes that you find throughout the world and the dialogue from other Martyrs, but the major plot points are told through cutscenes. While on the subject of cutscenes, I really enjoyed them or at least the content they provided,though the direction and pacing always felt a little off.

Overall Agony is a ballsy, graphic game that cuts no corners when it comes to depicting this vision of Hell. But the gameplay itself gets tired fast and isn’t enough to propel this game to the heights it could’ve reached. Sadly, Agony is also filled with as many bugs as it has good ideas and that makes for a pretty poor showing from Madmind Studios. With a little extra time in the oven to polish out the controls and remove all the bugs it would’ve felt much less painful to play.

4
Agony’s vision of Hell is breathtaking but its tedious gameplay and plethora of bugs hold it back. 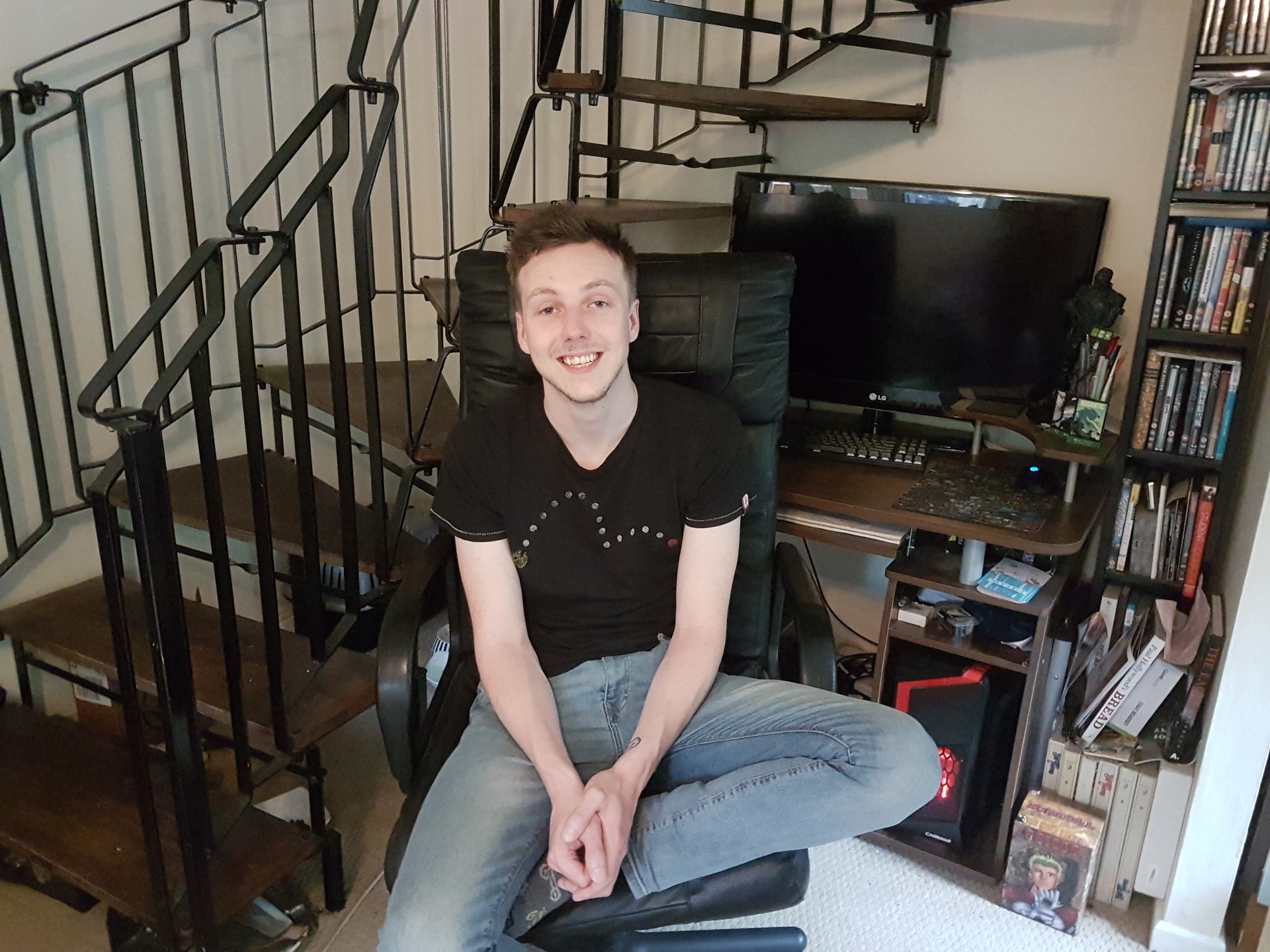 I've been gaming for as long as I can remember and I'm still not bored. My love for games is only matched for my love for anime/manga and so of course I'm all about JRPGs! I love modern game design, seeing new innovations and watching creativity take form through games. Also, I love Kingdom Hearts.

Pete Taylor
FEATURES
Make Friendship and War: Why Some Players Have Over 2,000 Hours on Arma 3